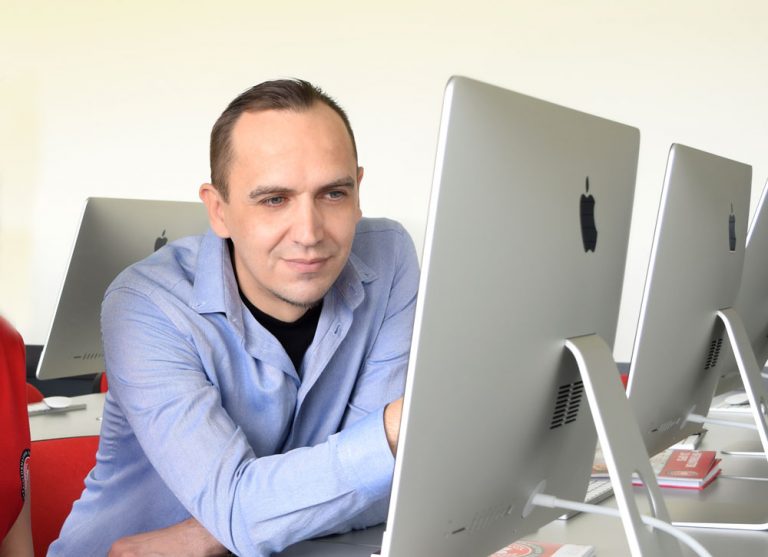 Designer/3D generalist. Currently employed at “ITS“, information technology school, as a Teaching Assistant, and as a Multimedia Designer at “Digital Drive” Business development agency. I am the author of 3D historical reconstruction of “Roman well” from an 18-th century in Belgrade. In this project, I closely worked with historians and archaeologists from „Belgrade fortress” and “Center for urban development”.

A result of this project was the 3D application which I developed (based on Unreal 4 engine). With this 3D application, users can virtually walk trough object and see how it was looked in original state (beginning of 18th century). This project was published in a media such as “Politika”, Večernje Novosti” and “IT Svet”.
Later I have presented and exhibited the project at “Museum night” manifestation, and an exhibition at “Gallery 73”.

Also, I am constantly learning and improving my skills in design and 3D. The latest project that I’m developing is Augmented reality application for Android mobile platform in Unity engine. 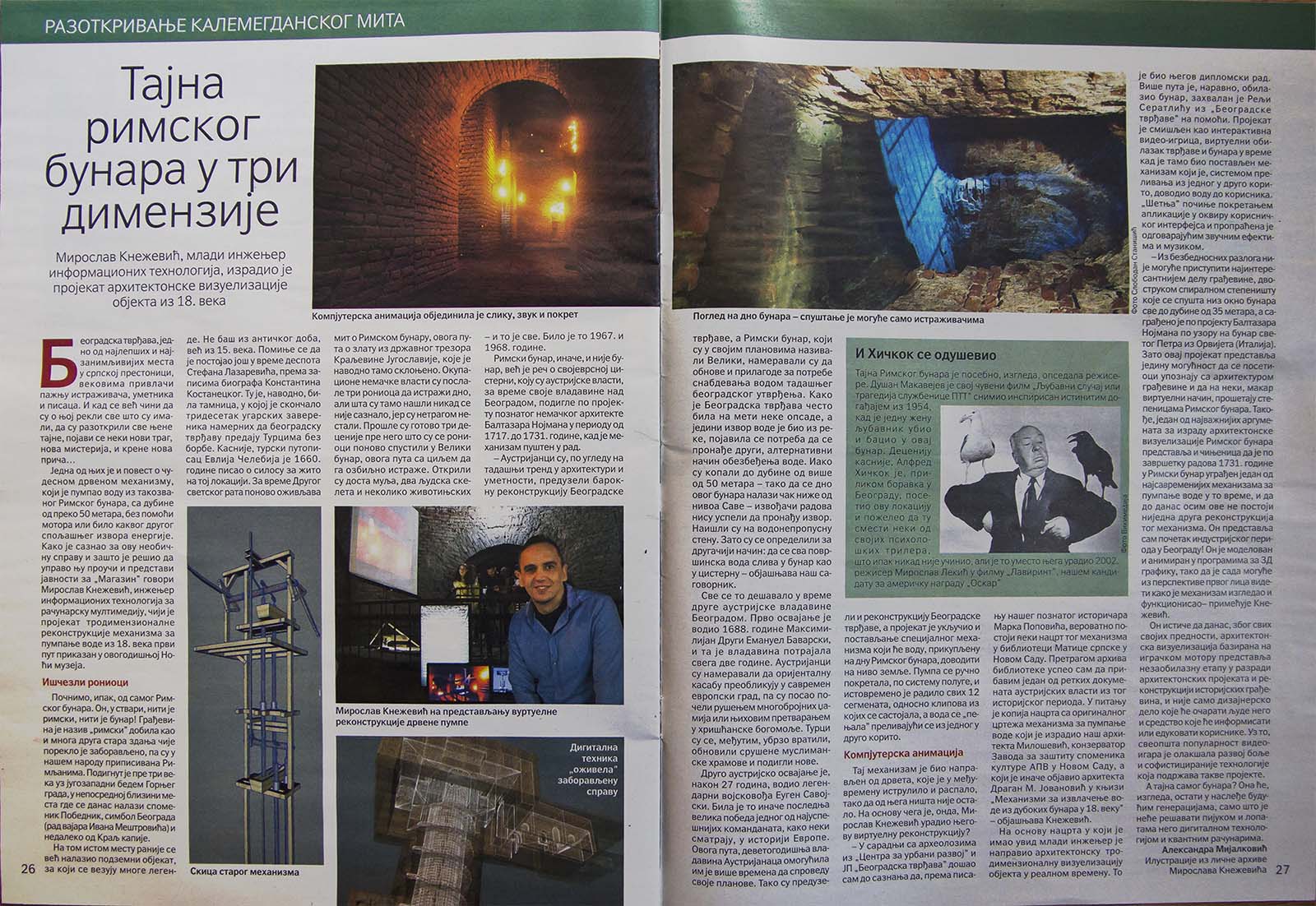 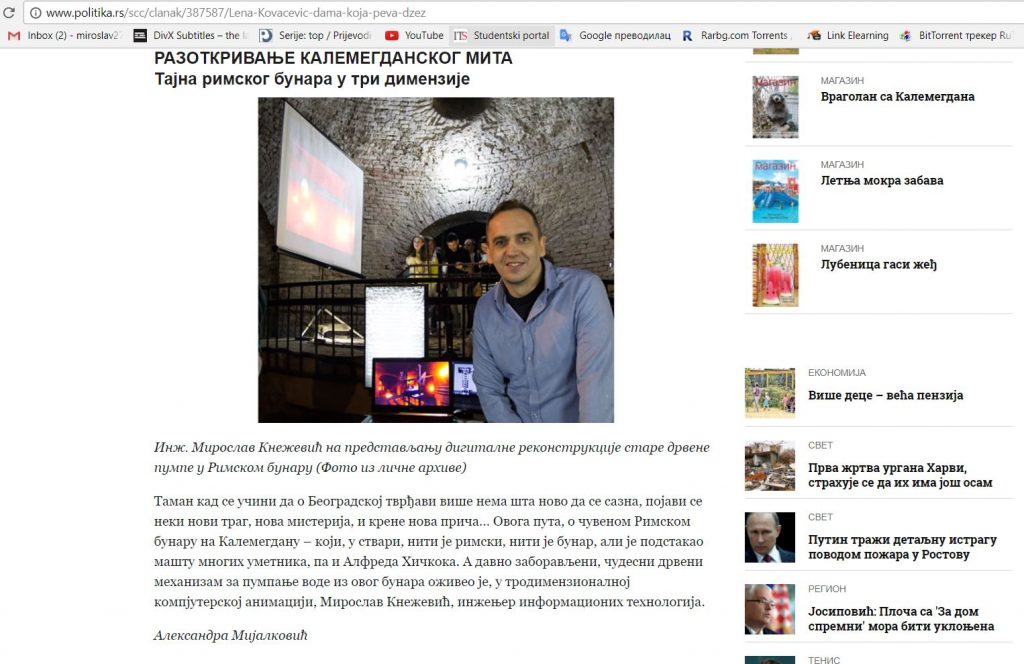 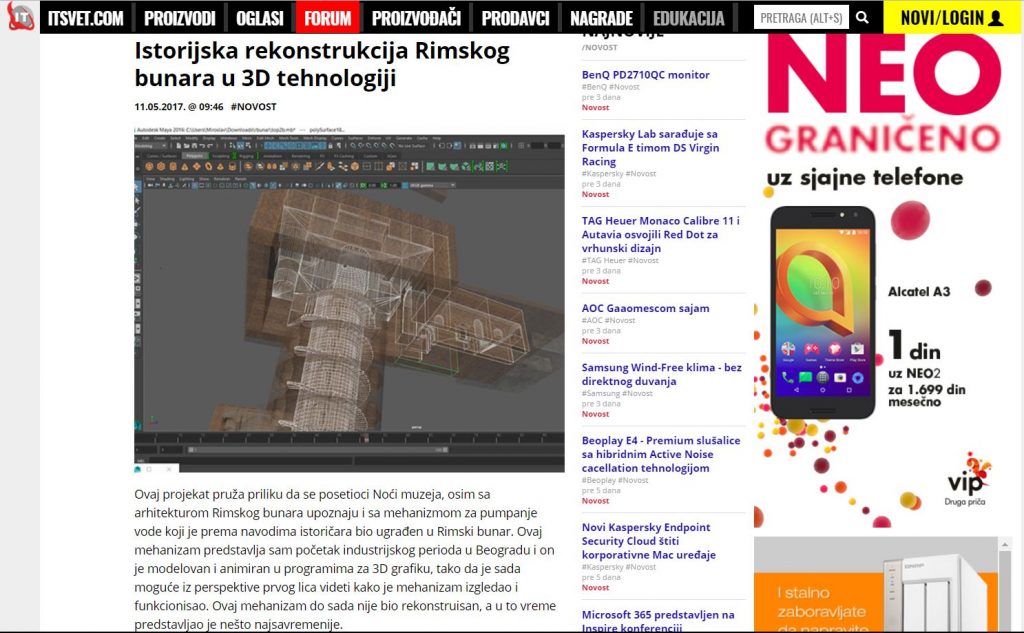 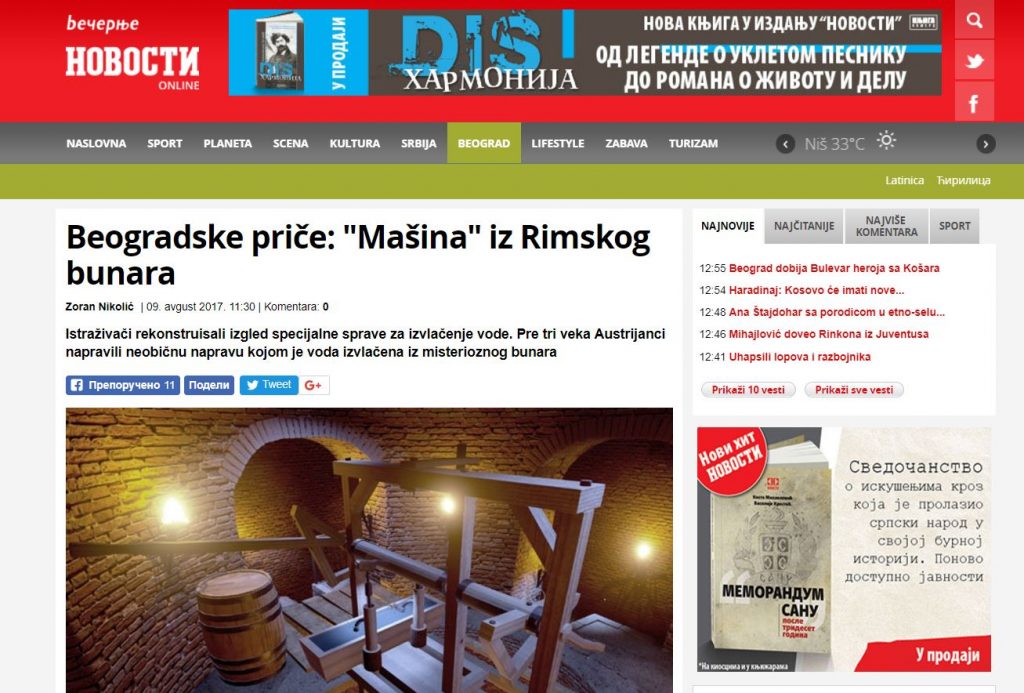